Introducing Otto and Else Weidt

Otto Weidt (born on May 2nd, 1883) and his wife Else operated a factory employing blind and deaf craftspeople, many of whom were Jewish, in the Hackescher quarter of central Berlin. As a young man, Otto Weidt’s eyesight declined, though he would serve as a medical orderly during WWI. After becoming blind, he established his broom-making workshop, counting among his clients the German Army (Wehrmacht) itself! Otto’s connections allowed his business to be classed as ‘indispensable to the war effort’ and he used his status to bribe the Gestapo, obtain false documents for and provide safehouses to his Jewish workers, some of whom lived in hiding in the factory. Although the Nazis did eventually murder many of the workers, the Weidts did assist the survival of several, including Alice Licht (who subsequently emigrated to Israel) and Inge Deutschkron (a prominent Berlin-based speaker to this day!) After Otto’s death of natural causes in 1947, Else Weidt continued to run the workshop until 1952. 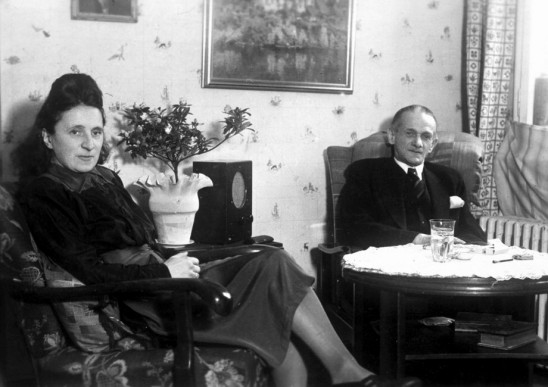