This month, let’s think about Julius Leber (born in 1891, executed on January 5th 1945). Leber worked as a journalist and teacher before volunteering for military service. Wounded during WWI, he remained in the German Army until 1920, when he resigned in the wake of the attempted right-wing military insurrection known as the Kapp Putsch. Leber returned to university, obtaining his doctorate and soon becoming editor-in-chief of a liberal newspaper. As of 1924, he was a Social Democratic Party member of the Reichstag (German Parliament).

Leber was immediately arrested upon Hitler’s ascension to power, and would be imprisoned at Sachsenhausen concentration camp from 1933-37. For the subsidence of his family – and to obtain camouflage for his ongoing activities in the anti-Nazi resistance – Leber became a coal merchant in the Western district of Schoeneberg. His coalshed became a meeting place for various Resistance members, including Colonel von Stauffenberg and other military leaders determined to work against Hitler. Following Stauffenberg’s failed attempt on Hitler’s life on July 20th, 1944, Leber was again taken into custody. Declared guilty of treason, Leber was incarcerated in Plötzensee Prison, where he was executed a few months before the collapse of the Third Reich. 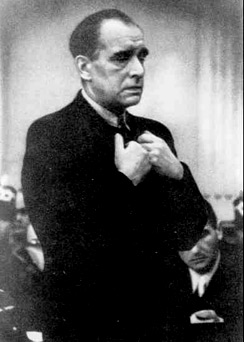