This month, let’s think about Hilde Meisel. She was born into a middle-class Jewish family in Vienna, and her parents moved to Berlin while she was still an infant. As a teenager, she moved to England, where she joined the International Socialist Combat League, an ardently anti-Nazi organisation, at the age of 15. From the UK, she kept her German counterparts informed on the fight against fascism, and published articles on their efforts (and their persecution) under the pseudonym Hilde Monte.

Together with fellow journalist Fritz Eberhard, she published the book ‘How to Conquer Hitler – A Plan of Economic and Moral Warfare of the Nazi Home Front’ and a booklet addressed to the British Labour Party entitled ‘Help Germany to Revolt!’ Meisel was integral to the establishment of the pirate radio channel ‘European Revolution Broadcasting System,’ and would later broadcast on the BBC in appeals for solidarity with German Jews and members of the anti-fascist Resistance.

In 1943, she published her own book, ‘The Unity of Europe,’ giving guidance about the politics and economics of a post-fascist Germany. One year later, working for the British secret service, she flew to France in a bid to enter Germany and obtain news about the political situation there. She was shot and killed on the border between Germany and Lichtenstein on April 18th, 1945 – twelve days before Hitler’s suicide. 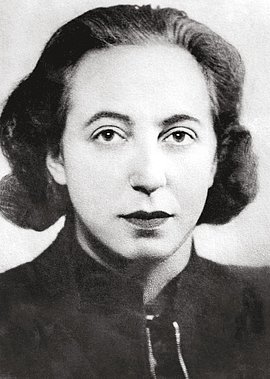