This month, let’s remember Heinz Meixner and his equally-brave girlfriend (not to mention her mother)! Meixner, an Austrian engineer living in West Berlin, missed his partner terribly after the building of the Wall in 1961. After two years of the border inhibiting their relationship, the couple could bear it no longer and hatched a most daring escape plan. Meixner rented a British sports car, an Austin Healey Sprite, drove it into the East on a visit (as was his right as a Westerner), collected his girlfriend and mother and turned back around to the most notorious gate in the Berlin Wall: the tourists’ crossing at Checkpoint Charlie. Did I mention that he also let out some of the air in the car’s tyres, and removed its windshield? Playing the part of the Austrian tourist, Meixner waited obediently at the checkpoint, and as guards approached, put his foot (and head!) down and drove underneath the barricade, his girlfriend lying behind him and his mother curled up in the car’s boot. The border guards were reportedly too astonished to think of shooting, before the three were safe and sound in West Berlin. Indeed one of the most daring escapes over (under!) the Berlin Wall. 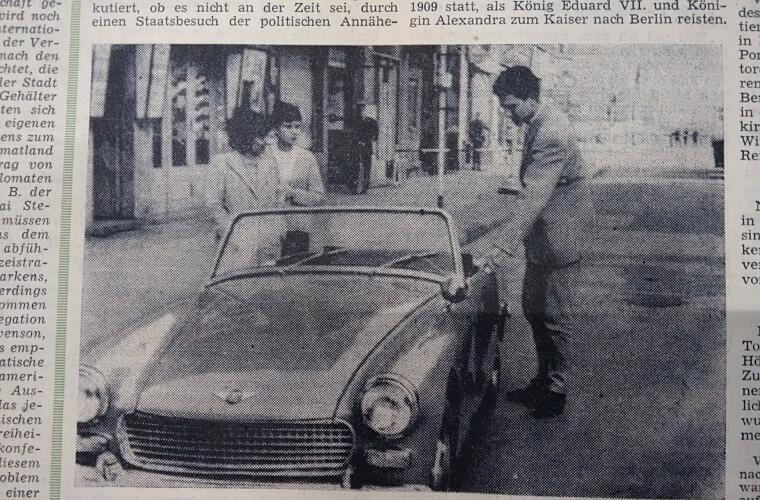