Since the theme of our upcoming seminar this Sunday is Christianity in the Third Reich, let’s think this month about Dietrich Bonhoeffer, a Lutheran theologian and anti-Nazi dissident. Born into an academic family, Bonhoeffer studied theology in Germany and the USA. He was a vocal opponent of National Socialism from the beginning of the Nazi regime – two days after Hitler’s inauguration as Chancellor, Bonhoeffer delivered a radio address warning Germany against falling for his rhetoric. He continued to speak out against the maltreatment and murder of Jewish and disabled persons, and was eventually removed from his post at the University of Berlin. Bonhoeffer then roamed around Germany, educating theology students and encouraging Christian resistance to the Nazis. He was arrested in April 1943, sent to Buchenwald and then to Flossenbuerg concentration camp. Bonhoeffer was later implicated in the failed assassination plot against Hitler in July 1944, and was hanged on April 9th, 1945, a few weeks before Hitler’s suicide and the collapse of the Third Reich. 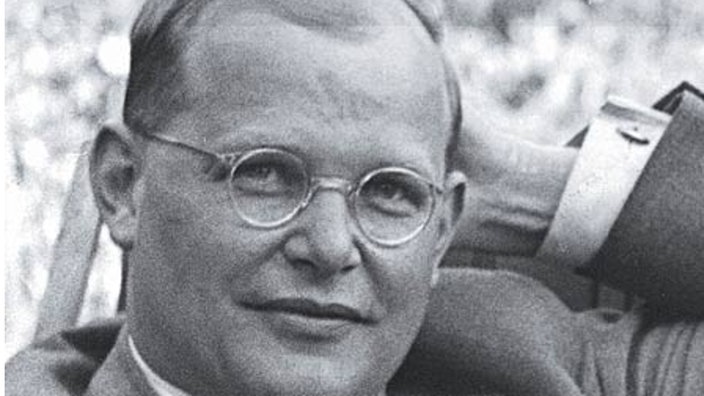