On March 6th, 1983, new West German Chancellor Helmut Kohl of the CDU (Christian Democratic Union) party would be elected. He would be re-elected in 1987, and again as the first Chancellor of a united Germany following the end of the Cold War. Kohl strove to improve East German financial conditions during the 1990s and to establish a strong German position in the European Union. He would stay in power for 16 years, the longest reign of any Chancellor since Otto von Bismarck, until the 1998 election of Gerhard Schröder of the SDP (Social Democratic party); Schröder in turn would remain Chancellor until the 2005 election of Angela Merkel.
. 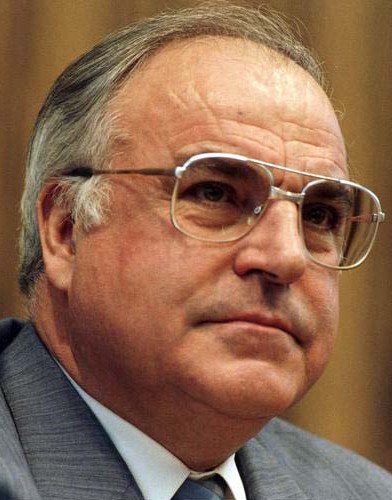