Book Recommendation: A Time to Dance, a Time to Die

A break from Nazis and Stasi for this month, to recommend you a book which I devoured in two sittings during my recent trip to Belgrade: John Waller’s ‘A Time to Dance, a Time to Die: The Extraordinary Story of the Dancing Plague of 1518‘. During the stiflingly hot summer of that year in Strasbourg (in the region of Alsace, now French territory, at the time part of the Holy Roman Empire of the German Nations) what can be perhaps described as the world’s longest rave would take place. Over 400 would become entranced, many dancing themselves to death. Waller examines this and other seemingly-spontaneous instances of ‘choreomania’ to produce a truly fascinating account of a most intriguing phenomenon! 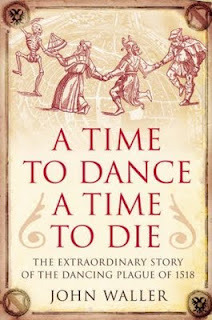