Book Recommendation: One Clear Ice-Cold January Morning at the Beginning of the Twenty-First Century 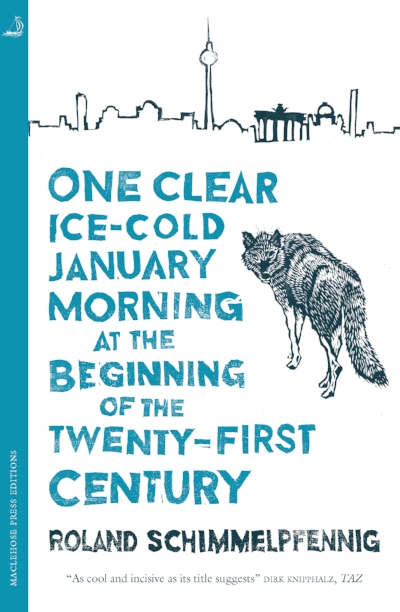 Although it’s no longer January, and (as you know) certainly no longer freezing, I heartily recommend ‘One Clear Ice-Cold January Morning at the Beginning of the Twenty-First Century’, the debut novel by German playwright Roland Schimmelpfennig. A melancholic, elegaic, cleanly-written work in which a host of characters intersect, drawn unwittingly together by a lost wolf roaming through Berlin, the story will especially appeal to those of you familiar with the East Berlin neighbourhood of Prenzlauer Berg where it is largely set.