‘The Kaiser’s Holocaust‘, by David Olusoga and Casper W. Erichsen, exposes the long-ignored history of the German Empire’s colony in modern-day Namibia and the mass murder, first officially acknowledged as a genocide by Germany in 2015, of the Herero and Nama peoples. Colonial soldiers soon enslaved Namibians, established the Shark Island concentration camp for punitive purposes and ‘medical research’, and murdered perhaps 100,000 Herero and Nama before the territory was confiscated following World War One. Olusoga and Erichsen hypothesize an ideological continuity between the Second and Third Reichs, investigating National Socialism as a newly-technologized manifestation of colonialism, and illustrating the racism which suffused the upbringings of those who went on to become Hitler’s acolytes – not least Hermann Göring, son of the ‘Imperial Commander of German South-West Africa’. A contentious thesis to be sure, but a fascinating read and a timely publication as the Bundestag publicly grapples with the question of if, when and how to recompense Namibia. 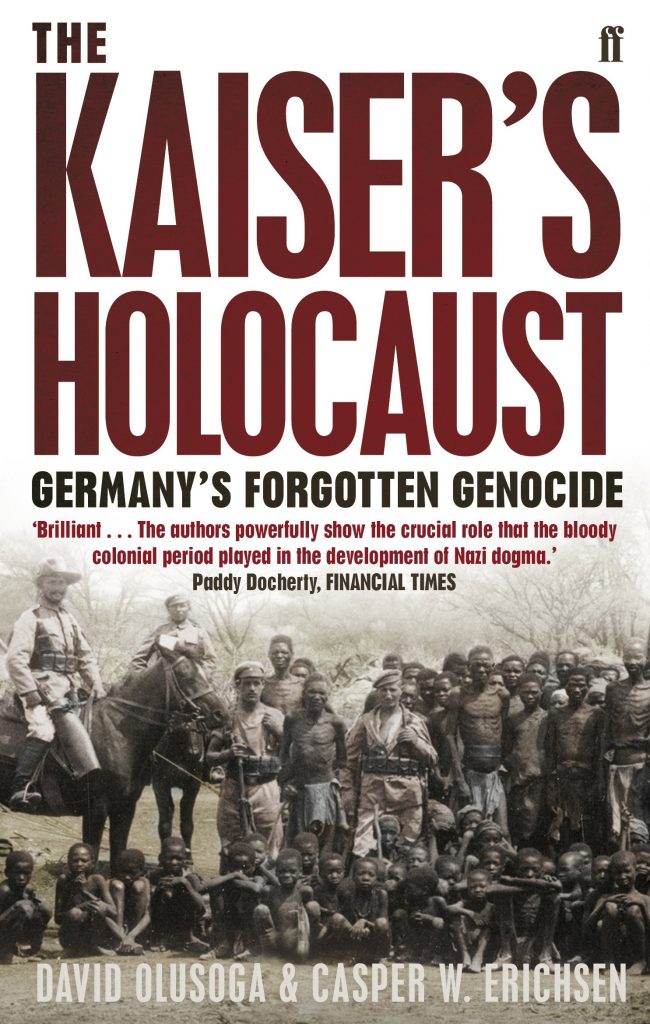