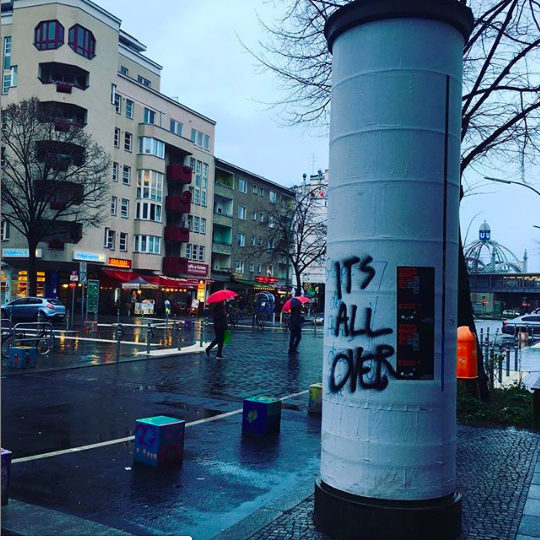 Berlin is in mourning over the decision to remove the city’s iconic cylindrical advertising columns (known as Litfaßsäule after their philanthropic inventor, Ernst Litfaß). Used throughout Germany and Austria since 1855, plans to incorporate urinals (!) within many of the Berlin columns were never realized. Fans of 1949’s ‘The Third Man’ will know, however, that some of the columns do have underground connections – Orson Welles’ Harry Lime uses one to reach the sewers of Vienna! 2500 of the columns in Berlin are slated to be destroyed.